TV5MONDE announces the launch of the application « 7 Jours sur La Planète » on VodafoneZiggo, the number one cable operator in the Netherlands. The app, which was first launched by Vodafone Spain last year, is designed to help help viewers learn the French language.

Games to learn & perfect your French

Viewers will be able to watch catch-up programs with a transcript of the program in French running across the bottom of the screen and a list of vocabulary words. They will also have the opportunity to play five different games based on these programs. The service, updated on a weekly basis, is available in Dutch, French, English, German, and Spanish, easily accessible through the VodafoneZiggo TV App store, which is available for every Ziggo customer with a Horizon set-top box.

The five games allow viewers to extend their linguistic knowledge while testing their understanding of the program previously watched. They can select a level of difficulty and follow their progress through recorded results. The various exercises focus on the different aspects of learning a language, such as listening, reading, understanding and so forth. 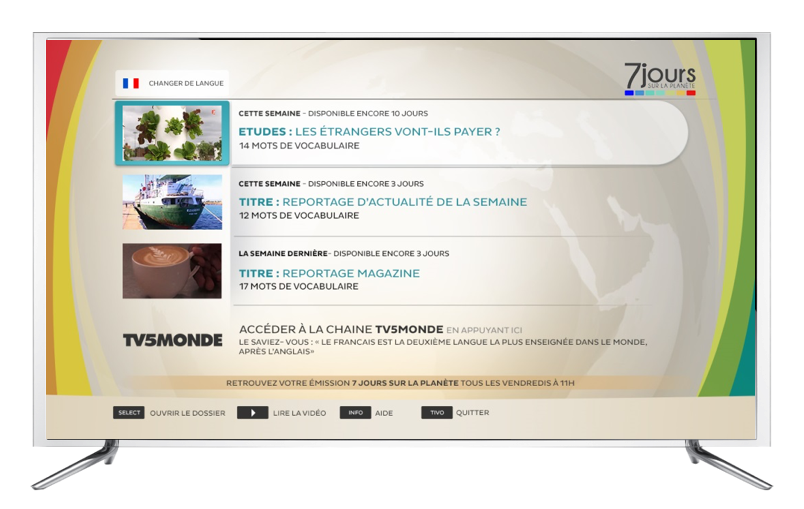 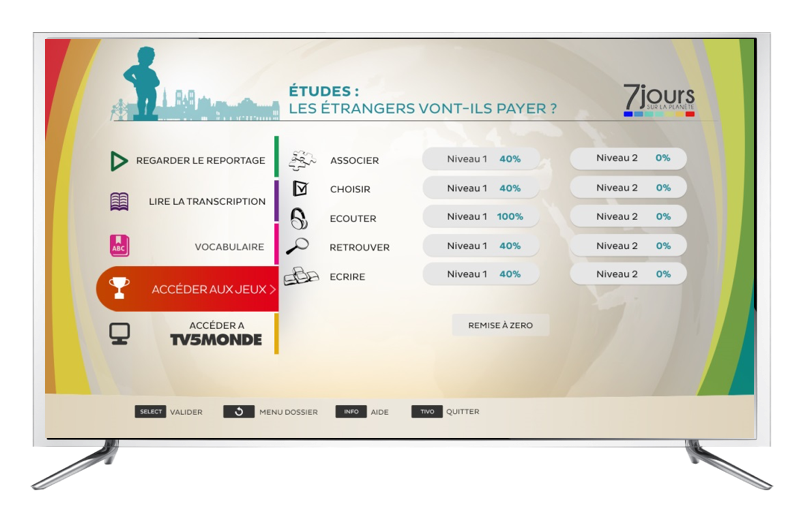 Diane Couderc, TV5MONDE’s regional director for Europe, says, “Most on-demand content is merely time-shifted content. With this proposition of edutainment – unique in the world – we are delivering real added value to the viewers. We are delighted to team up with VodafoneZiggo on this. Further roll outs for “7 jours” are planned across Europe in the forthcoming months.”

ABOUT TV5MONDE
With 9 general entertainment and 2 thematic channels (Kids and Lifestyle), TV5MONDE is distributed in more than 354 million households in around 200 countries with more than 55 million viewers (weekly reach). Its programs are subtitled in 14 languages : English, Dutch, German, Spanish, Portuguese, Russian, Romanian, Arabic, Japonese, Korean, Vietnamese, traditional and simplified  Mandarin, and French.